Middle age? Bring it on 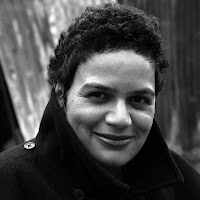 At the age of 43, in a hotel  in Abuja, Nigeria,  Jackie Kay had her first and only encounter with  Jonathan, her birth father.  After  decades wondering about his identity,  she  had found him  by the miracle of Google, a  prominent  ethnobotanist in his working life, and a full-time evangelical zealot.